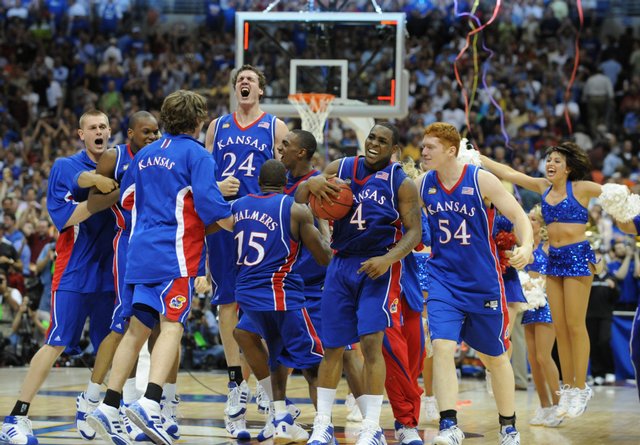 The Kansas Jayhawks go wild with jubilation following the Jayhawks National Championship win over Memphis Monday, April 7, 2008 at the Alamodome in San Antonio.

Bill Self was impressed with the focus of Kansas University's basketball players on their postseason trips to Omaha, Detroit and San Antonio.

The shot was in the air as the game clock ticked down to 2.1 seconds. The right guy shot it. Just another big shot in a lifetime full of them for Mario Chalmers, who witnessed a Final Four in the same building in 2004. It misses and it goes down as another near miss for another outstanding Kansas team.