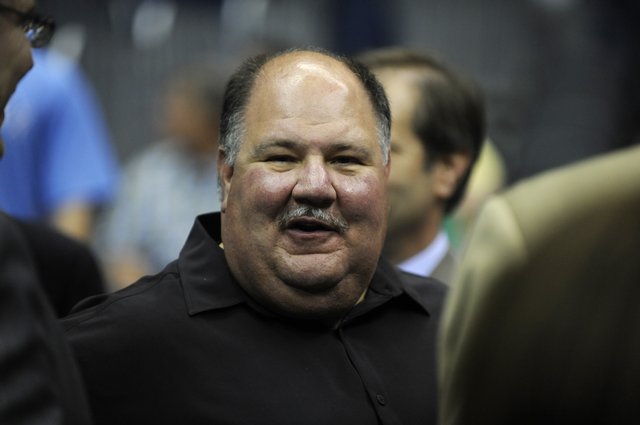 Kansas Head Football Coach Mark Mangino awaits the beginning of the KU-Memphis game on Monday, April 7, 2008 at the Alamodome in San Antonio, Texas.

Out of football for a little more than nine months, former Kansas University head coach Mark Mangino apparently is back in the game.