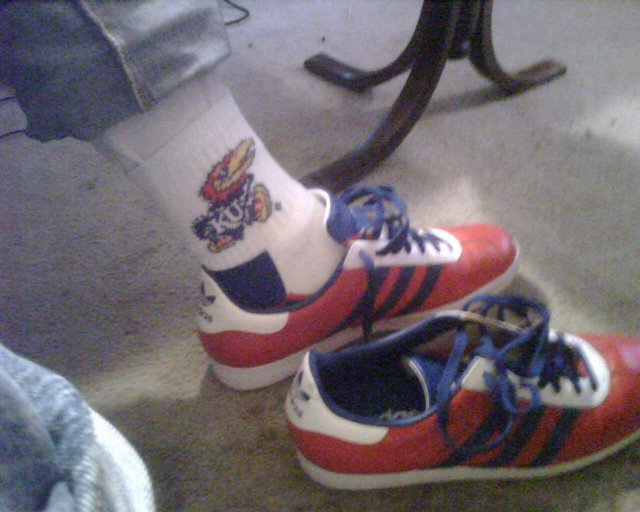 I have a friend who bought what he calls the "2008 NCAA Men's Basketball Championship Shoes". They were purchased right after the loss to Oklahoma State. They also require a piece of duck tape on the heel to avoid a blister that began with their first wearing, which was promptly added at halftime of the Davidson game after he forgot to put it on. The addition of the Jayhawk socks came as a gift. The foot ensemble is ONLY worn on game day! We all believe they are the lucky charm.