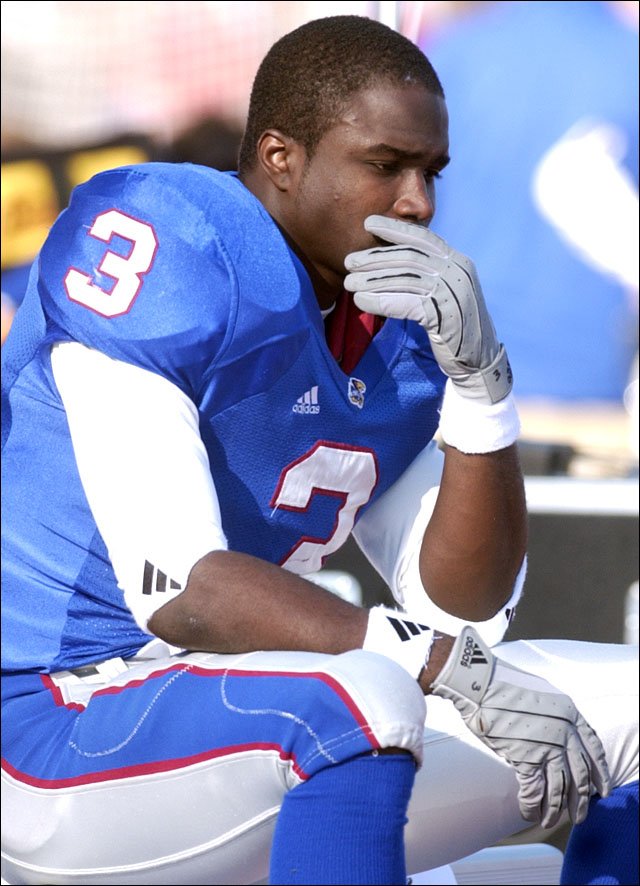 Former Kansas University standout Charles Gordon sits on the Jayhawk bench during a game last season. Gordon, Nick Reid and Charlton Keith are hoping to be tapped in this weekend's NFL Draft, and recruiting analyst Dan Shonka said one of the three could be tapped 'Mr. Irrelevant' with the last pick.

The first two rounds of the past 12 NFL Drafts have passed without a team selecting a player from Kansas University.