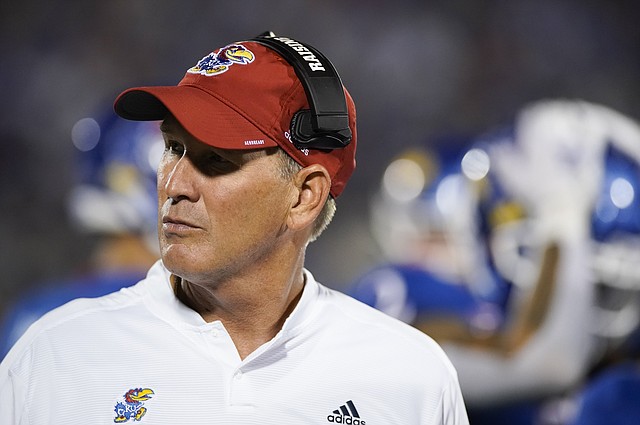 Kansas head coach Lance Leipold paces up the sideline during the fourth quarter on Friday, Sept. 2, 2022 at Memorial Stadium.

With Iowa State as the standard, Kansas football sets sights on taking down the Cyclones this week to move to 5-0

While things have gone about as well as he could have hoped during the first four games of his second year in charge of the program, Kansas football coach Lance Leipold still remembers a time when he was a little awestruck by the challenge he was facing. By Matt Tait