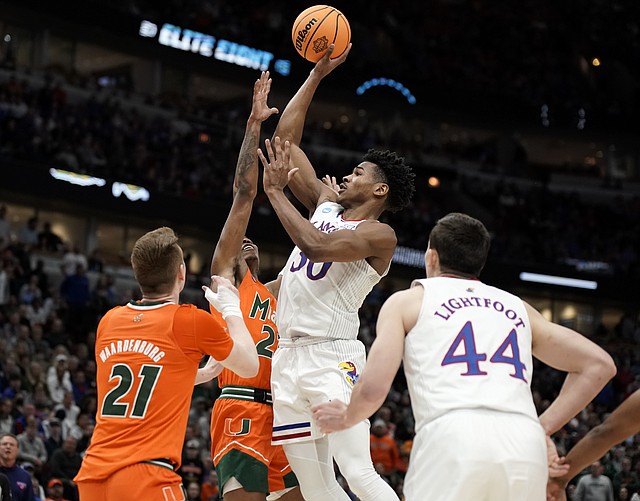 Kansas' Bill Self: Ochai Agbaji will 'be full of confidence' after performance vs. Miami

Ochai Agbaji had his best performance of the postseason in Kansas' 76-50 victory over Miami on Sunday in the Elite Eight as he finished with a team-high 18 points, five rebounds and four assists, and tied a career high with four steals.