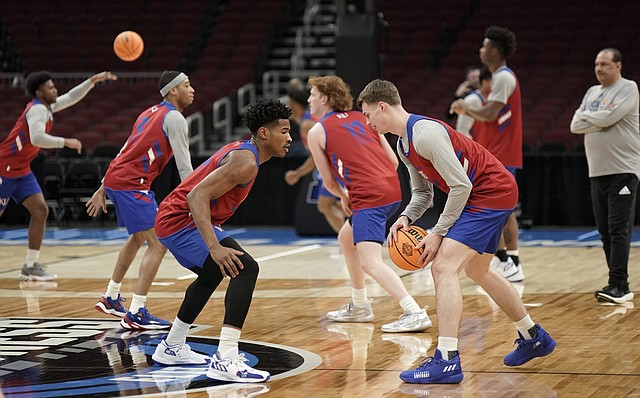 Kansas guard Ochai Agbaji (30) gets down to defend against Kansas guard Christian Braun (2) during practice on Thursday, March 24, 2022 at United Center in Chicago.

Kansas starters Ochai Agbaji and Christian Braun have both received invitations to the NBA's pre-draft combine, while fellow-starter, forward David McCormack, has been invited to the NBA's G League Elite Camp. All three players, along with Jalen Wilson and Remy Martin, have begun preparations for the key upcoming skills showcases. By Matt Tait