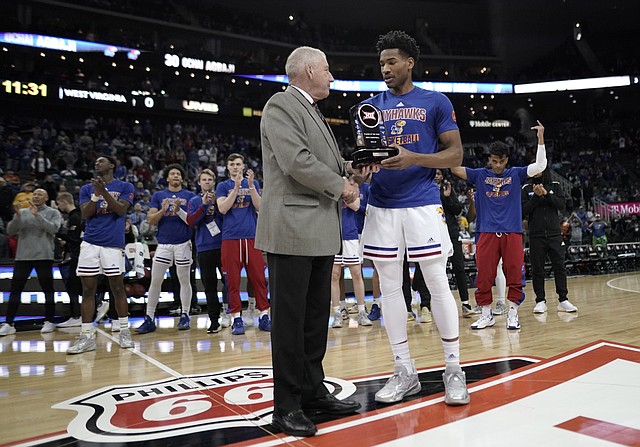 Kansas guard Ochai Agbaji receives the Big 12 Player of the Year trophy from commissioner Bob Bowlsby prior to tipoff against West Virginia on Thursday, March 10, 2022 at T-Mobile Center in Kansas City.

Kansas City, Missouri will remain the home of the men’s and women’s Big 12 basketball tournaments until at least 2027.

Like many coaches around the Big 12 on Wednesday, Kansas basketball coach Bill Self was asked for his thoughts on Kansas State moving on from coach Bruce Weber on Thursday morning following the Jayhawks' 87-63 win over West Virginia at the Big 12 tournament in Kansas City, Missouri. By Matt Tait