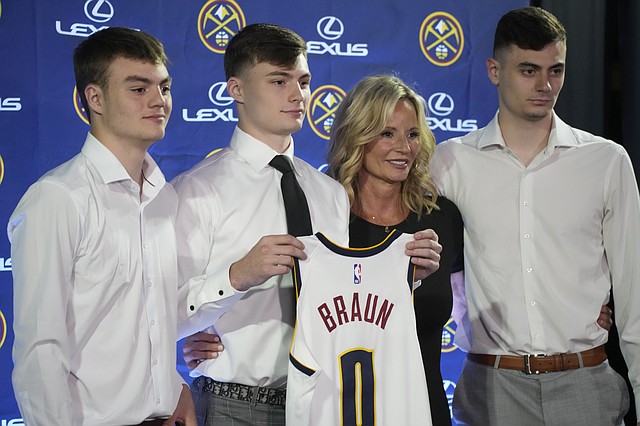 Denver Nuggets guard Christian Braun, second from left, holds up his jersey for a photo with his brothers Parker, left, and Landon, right, and mother, Lisa, after being introduced to the media during a news conference on June 27, 2022, in Denver.

In the Nuggets, Christian Braun joins a team that has the two-time NBA MVP in Nikola Jokic and has been in close pursuit of an NBA title.