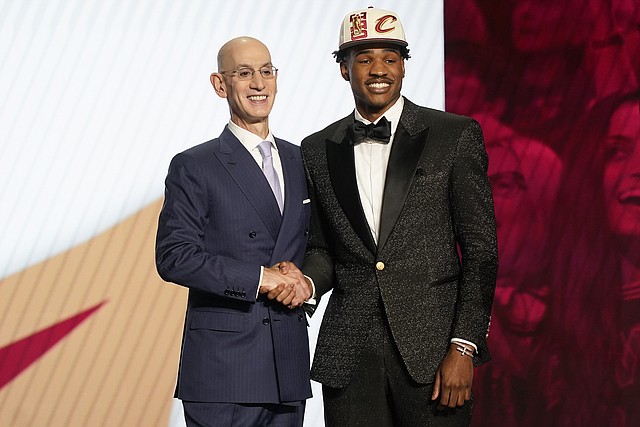 Eight years after the Cleveland Cavaliers made Andrew Wiggins the No. 1 pick in the 2014 NBA draft, the Cavs turned to another Jayhawk when they selected Ochai Agbaji with the No. 14 pick in Thursday’s draft. Seven picks later, KU teammate and close friend, Christian Braun was drafted No. 21 overall by Denver on what was a great night for the Kansas program. By Matt Tait and Zac Boyer