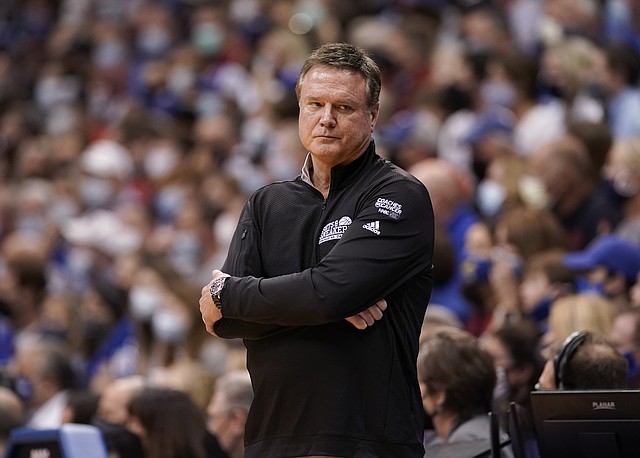 Kansas head coach Bill Self shows his frustration after a foul late in the second half of a game against Kentucky on Jan. 29, 2022, at Allen Fieldhouse.

Kansas men's basketball coach Bill Self and assistant coach Kurtis Townsend did not recruit in person over the past six weeks, a move that appears to be an attempt to lessen the impact of any penalties handed out in the wake of allegations of recruiting improprieties. By Zac Boyer

Kansas basketball coach Bill Self puts lopsided loss to Kentucky in perspective, saying Wildcats 'could win it all'

The only thing Kansas basketball coach Bill Self was interested in doing more quickly than putting Saturday’s 80-62 drubbing by Kentucky in the rearview mirror was putting into perspective why it happened. By Matt Tait