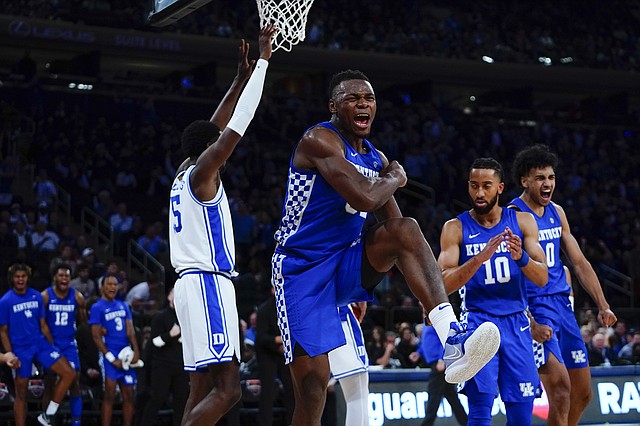 Kentucky junior Oscar Tshiebwe, who played three games against the Jayhawks while he was at West Virginia, has emerged as a national player of the year candidate. He'll be sharing a court on Saturday with another top player in Kansas guard Ochai Agbaji.