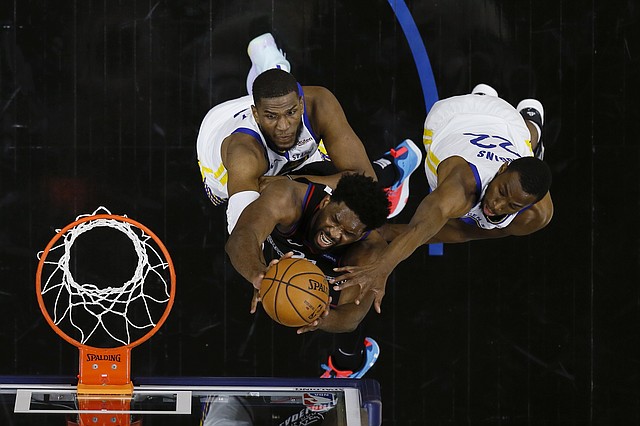 Philadelphia 76ers' Joel Embiid, center, goes up for a shot between Golden State Warriors' Kevon Looney, left, and Andrew Wiggins during the first half of an NBA basketball game, Monday, April 19, 2021, in Philadelphia. (AP Photo/Matt Slocum)

Former Kansas teammates Andrew Wiggins and Joel Embiid this week were named starters for the 2022 NBA All-Star Game through a process that includes fan, player and media voting. The nod marks Wiggins' first appearance in the All-Star Game while Embiid was voted a starter for the fifth consecutive season.