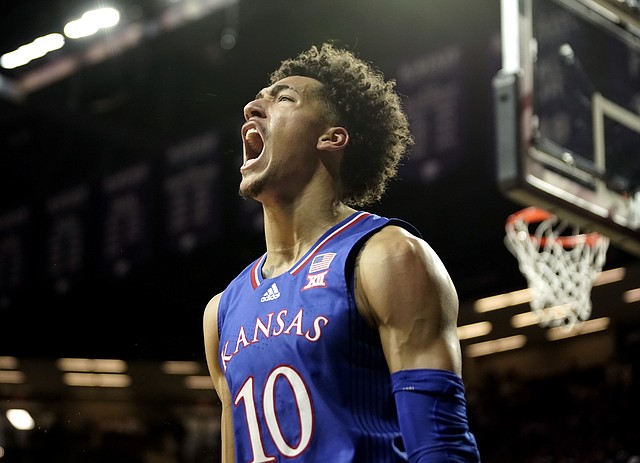 Kansas forward Jalen Wilson (10) roars after an and-one bucket against Kansas State during the second half on Saturday, Jan. 22, 2022 at Bramlage Coliseum.