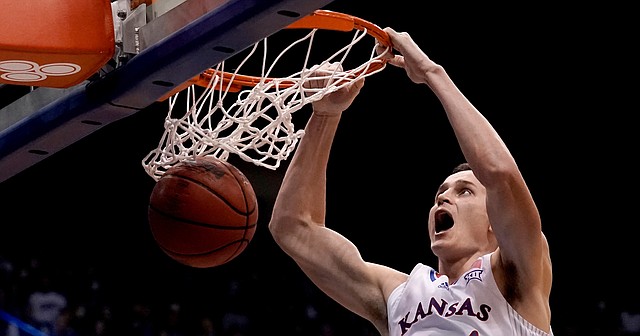 Kansas' Mitch Lightfoot, who had been considered day to day with a sprained left knee, entered the NCAA Tournament game against Texas Southern in the first half.

The Jayhawks enter Saturday's game with a three-game winning streak — two of which were down-to-the-wire victories at home against Iowa State and at Oklahoma — but they've made a home for themselves at K-State's Bramlage Coliseum, where they are 28-5 all time. By Zac Boyer