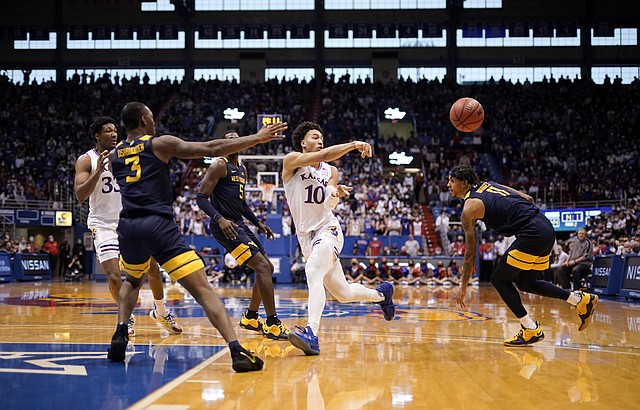 Kansas forward Jalen Wilson (10) throws a pass to the wing against West Virginia during the second half on Saturday, Jan. 15, 2022 at Allen Fieldhouse.

After coming off the bench in his first eight games of the season, Kansas forward Jalen Wilson’s numbers have taken off during his recent stretch of four starts in five games with senior guard Remy Martin out with an injury. By Matt Tait