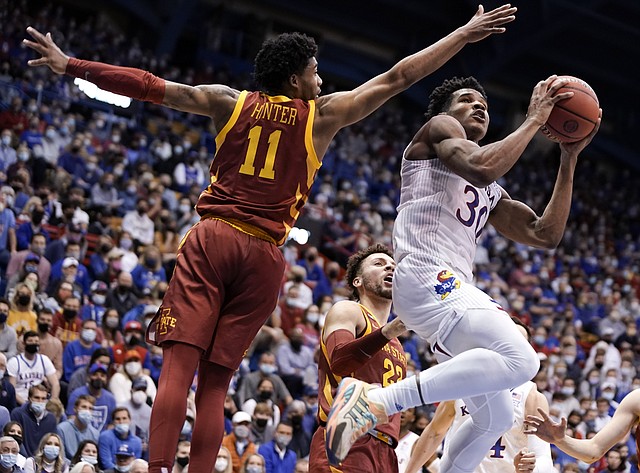 Game Day Breakdown: No. 10 Kansas basketball at No. 20 Iowa State

A look at some of the keys for 10th-ranked Kansas in Tuesday's showdown with No. 20 Iowa State at Hilton Coliseum in Ames, Iowa. Tipoff is slated for 6 p.m. on ESPN2. By Matt Tait

College basketball All-Americans and national champions are not made on a single night in early January, but there was Kansas senior Ochai Agbaji on Tuesday night with an opportunity to show the world that he’s capable of being either. By Matt Tait