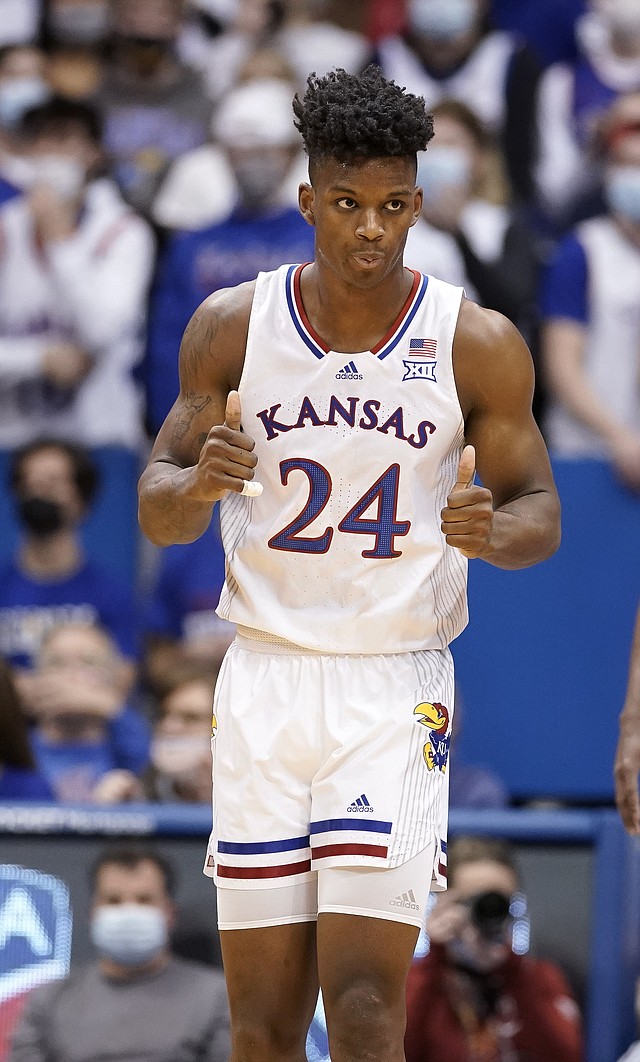 Kansas freshman KJ Adams played just 10 minutes total — doubling his season average through the first 14 games — but did enough Iowa State on Tuesday night to make using him in that role again a viable option for the Jayhawks moving forward. By Matt Tait