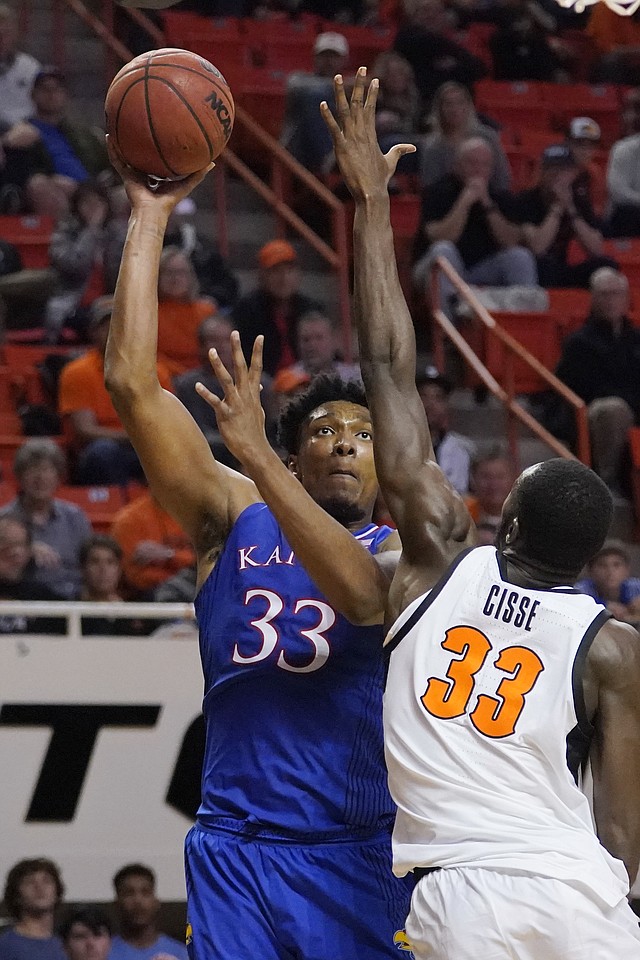 Game Day Breakdown: No. 5 Kansas basketball vs. No. 12 Kentucky

A look at some of the keys for fifth-ranked Kansas in Saturday's blueblood showdown with No. 12 Kentucky at Allen Fieldhouse in the SEC/Big 12 Challenge. Tipoff is slated for 5 p.m. on ESPN. By Matt Tait

Long before he praised his bruising power forward for delivering 17 points and 15 rebounds in Tuesday’s road win at Oklahoma State, Kansas basketball coach Bill Self said he did not know what KU senior David McCormack’s role would be in the games ahead. By Matt Tait