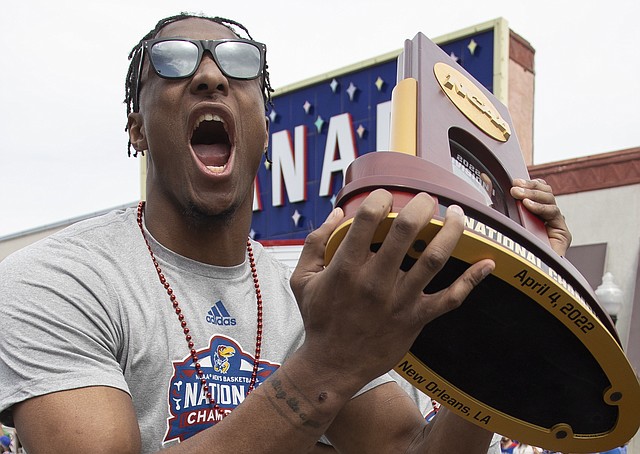 David McCormack holds the NCAA National Championship trophy and yells to the crowd during a parade Sunday, April 10, 2022, to celebrate the KU men’s basketball team winning the NCAA basketball championship.

The first Kansas basketball parade in 14 years featured some of the same sights and memories from the last two — in 2008 and 1988 — and plenty of new euphoria for thousands of KU fans who took over Massachusetts Street from 6th Street to 19th to celebrate the 2022 national champs on Sunday afternoon.By Matt Tait