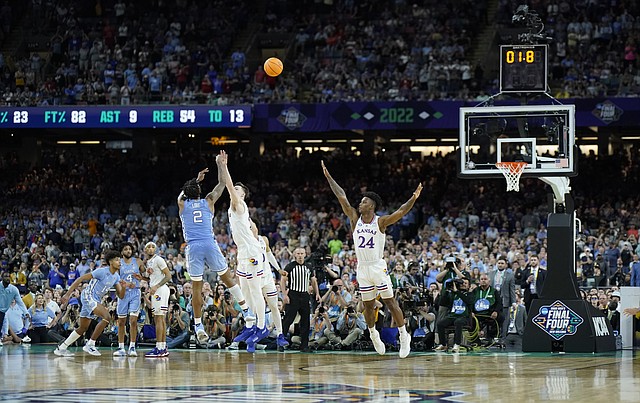 A lot has been made in the past couple of months about then-freshman KJ Adams being on the floor for that final miss by North Carolina in the 2022 national title game. And, on Monday, before the first summer workout of the 2022-23 season, Adams talked briefly about what being in that moment meant to him. By Matt Tait

Christian Braun keyed a second-half rally and defended Caleb Love's last-chance 3-point attempt with 2.2 seconds remaining as Kansas held on for a 72-69 victory against North Carolina in the national championship game.