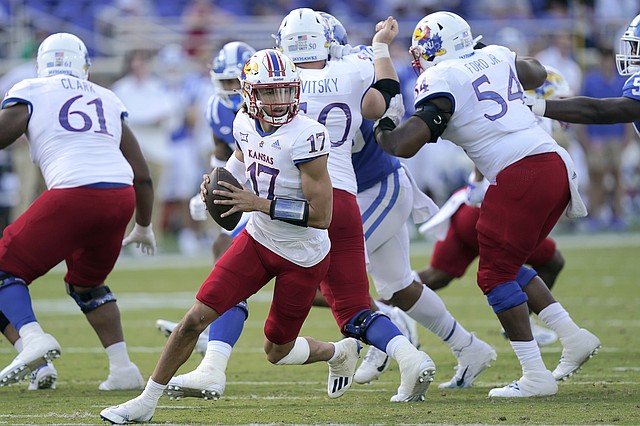 Kansas football coaches don’t expect to know until Saturday whether quarterback Jason Bean will be able to start in the Jayhawks’ road game at Texas.

When Kansas football quarterback Jason Bean got sacked five times during a Week 2 loss against Coastal Carolina — the team’s first FBS opponent of the season — no one knew for sure how much of an issue protecting the QB would be for the Jayhawks. In the three games since then, however, the play of KU’s offensive line has improved, and Bean has only suffered one sack.