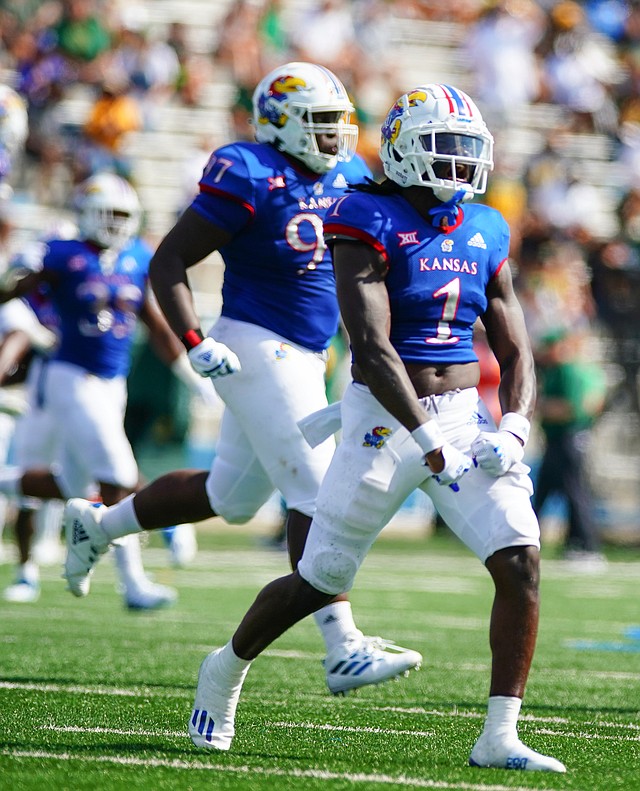 Kenny Logan Jr. will be 'back for more' as a KU football senior in 2022

Anyone worried about the future plans of Kansas football safety Kenny Logan Jr. got some reassurance on Thursday, when the defensive back from St. Augustine, Fla., announced he’s not going anywhere.

When the Kansas football season ended this past Saturday night with a six-point home loss to West Virginia, the emotions in the locker room minutes after the finale reflected not only the conclusion of a challenging year, but also a growing sense of hope about the program’s future.

Jayhawks plan to rotate 3 safeties in 1st half at ISU while Kenny Logan Jr. sits

Anyone within earshot of Kansas football veteran Kenny Logan Jr. Thursday morning found out how much he is not looking forward to missing the first half of the Jayhawks’ Saturday game at Iowa State. That’s when defensive coordinator Brian Borland shared that Logan vowed he will “never get another targeting penalty as long as he lives.”

Following a game during which hardly anything went right for his Kansas football team, head coach Lance Leipold felt enthusiastic about at least one aspect of the Jayhawks’ performance against Baylor.