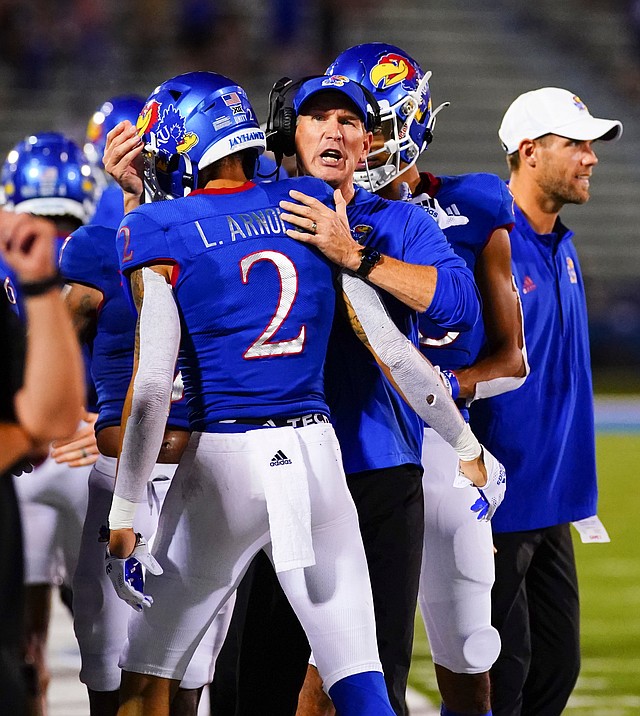 With a season-opening home loss to FCS opponent South Dakota very much in play late Friday night at David Booth Kansas Memorial Stadium in Lance Leipold’s first game as head coach, the Jayhawks survived a scare with the help of their new starting quarterback.