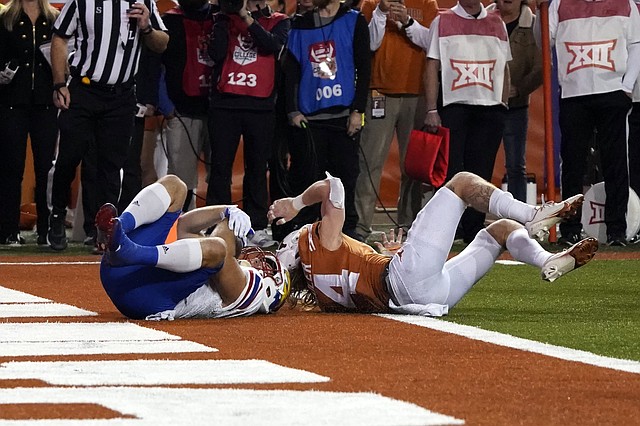 KU football walk-on Jared Casey never thought he would be in a commercial, getting such attention

Kansas football walk-on Jared Casey neither asked for nor expected any of this — being approached about NIL opportunities, starring in a commercial, becoming the leading figure in features that will air nationally on FOX’s Big Noon Kickoff and ESPN’s College GameDay this coming Saturday. But the redshirt freshman from Plainville will humbly ask that you refer to him as a tight end now.

Jared Casey, a walk-on fullback with Kansas football, isn’t exactly the type of player who features prominently in the offensive game plan. In fact, the redshirt freshman had only appeared on special teams for the Jayhawks prior to Saturday night, when Casey delivered the game-winning catch in KU’s overtime victory at Texas. That’s why not even Casey’s parents, Jerry and Karen, realized at first it was their son who caught the two-point conversion that wrapped up the upset win.