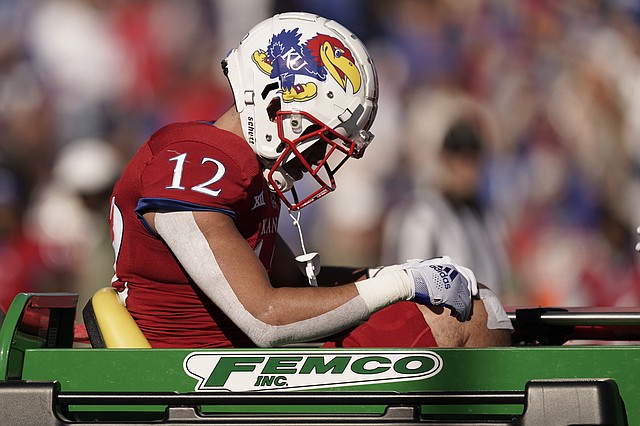 The Kansas football team’s quarterback room isn’t the only one experiencing shrinking numbers late in the season. “It’s bigger than our running back room,” head coach Lance Leipold said Monday, while discussing injury issues for the offense.