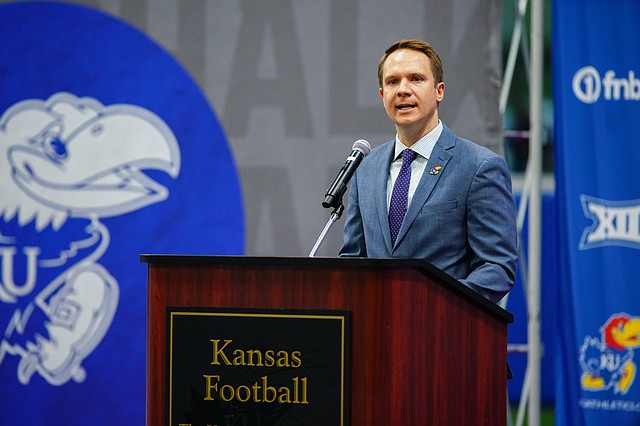 In what has become nearly an annual affair at the University of Kansas, members of the University Senate quizzed KU’s athletic director on whether the athletic program can provide more money to support general university operations. By Chad Lawhorn

As Big 12 expands, AD Travis Goff vows to remain in pursuit of what's best for KU

University of Kansas Athletic Director Travis Goff considered Friday’s Big 12 expansion a good day for the conference, but Goff didn’t slam the door on KU looking elsewhere in the future.