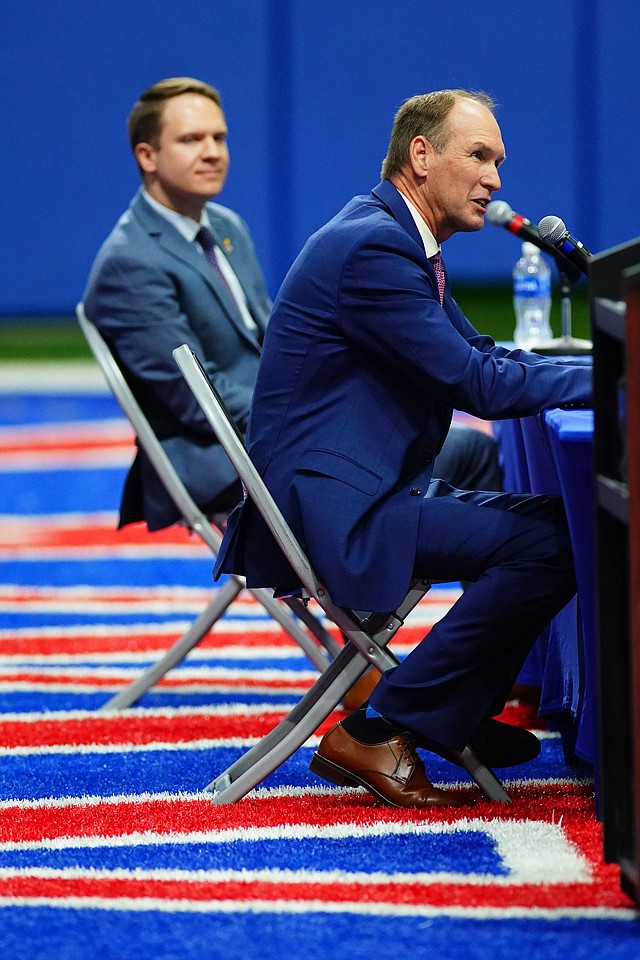 In a busy first week on the job for new University of Kansas head football coach Lance Leipold, much of his daily calendar from Monday on has been booked with one-on-one meetings with the players. Leipold said Thursday evening during his debut on KU’s “Hawk Talk” radio show he had just completed his latest marathon of meetings — 25 players a day — before driving over to Johnny’s Tavern West Lawrence for the broadcast.