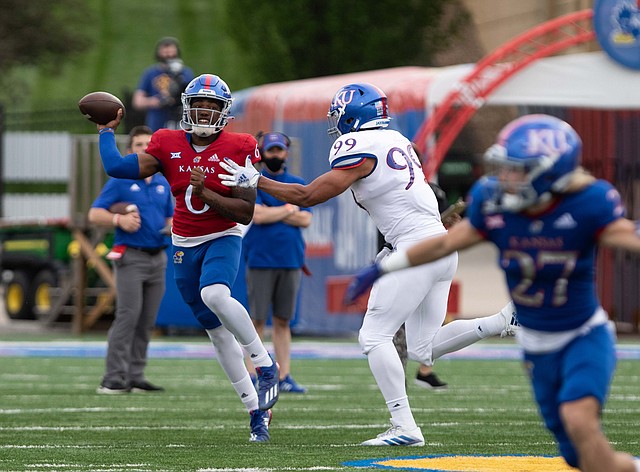 The race to win the Kansas football team’s starting quarterback job is about to hit warp speed, with the Jayhawks’ preseason practices beginning Thursday morning — just 29 days before the team’s season opener.

Lance Leipold won’t have to worry about disrupting the status quo at quarterback as he takes over the Kansas football program.