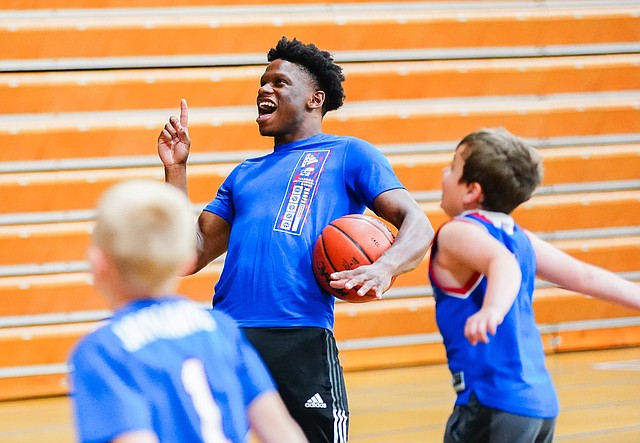 Kansas newcomer Joseph Yesufu watches a shot go in as he leads a group of campers at Washburn head coach Brett Ballard's basketball camp through drills on Tuesday, June 8, 2021 at Lee Arena in Topeka.