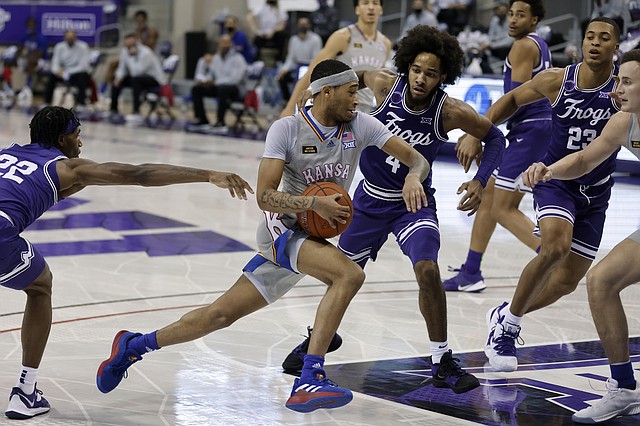 The Big 12 Conference on Thursday announced the make-up date for the Kansas men’s basketball program’s home game with TCU. KU will play host to the Horned Frogs at 7 p.m. on March 3. The game will be televised by Big 12 Now/ESPN+. By Matt Tait

With Marcus Garrett and Bryce Thompson nursing injuries in street clothes and Ochai Agbaji dealing with an injured hamstring, the sixth-ranked Kansas men’s basketball team got all kinds of lifts from all kinds of places during Tuesday's 93-64 thrashing of TCU in Fort Worth, Texas. Matt Tait