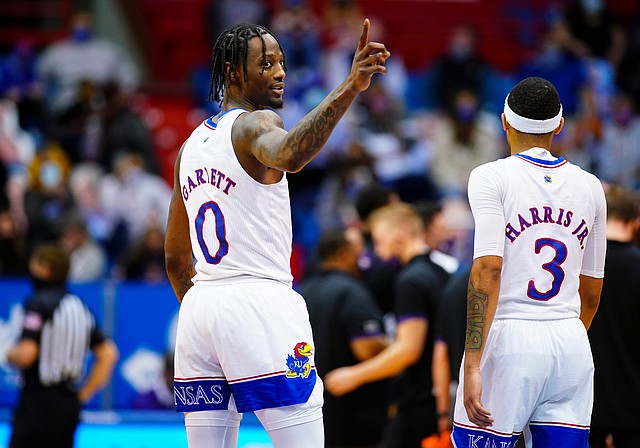 Kansas guard Marcus Garrett (0) signals back to his teammates during the second half on Tuesday, Feb. 2, 2021 at Allen Fieldhouse.

After playing in the Final Four during his freshman season, Kansas guard Marcus Garrett has been trying to get back to that point ever since. His latest — and potentially last — try begins Saturday at 12:15 p.m. against Eastern Washington in Indianapolis. By Matt Tait

KU basketball notebook: Things better for Jayhawks than it might appear on the outside

Although the Jayhawks fell to 23rd in this week’s Associated Press Top 25 and are flirting with falling out of the poll for the first time in 231 weeks, Kansas basketball coach Bill Self does not believe things are as bad as it might seem on the outside. By Matt Tait