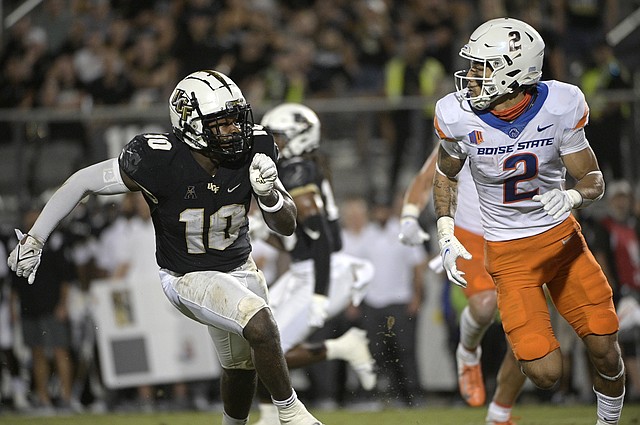 In this AP file photo, Boise State wide receiver Khalil Shakir (2) runs a route in front of former Central Florida linebacker Eriq Gilyard (10) during the first half of an NCAA college football game on Thursday, Sept. 2, 2021, in Orlando, Fla. Gilyard announced on Dec. 14, 2021, he will transfer to Kansas. (AP Photo/Phelan M. Ebenhack)