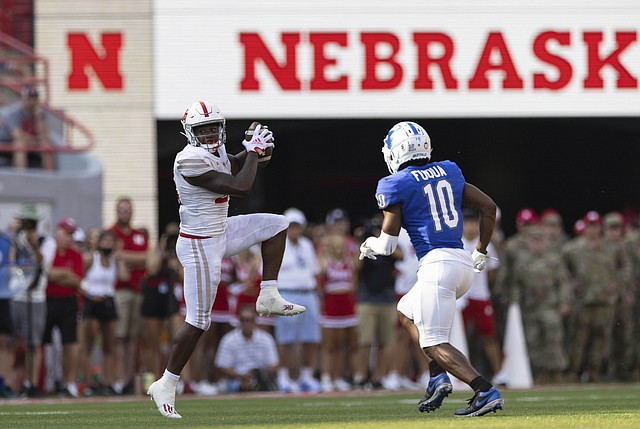 In this file photo, former Nebraska running back Sevion Morrison, left, receives a pass ahead of Buffalo safety Marcus Fuqua during the second half of an NCAA college football game Saturday, Sept. 11, 2021, at Memorial Stadium in Lincoln, Neb. Morrison announced on Dec. 12, 2021, his plans to transfer to Kansas. (AP Photo/Rebecca S. Gratz)

A reserve running back at Nebraska a little more than a month ago, Sevion Morrison announced Sunday night he’ll soon be calling Kansas home.