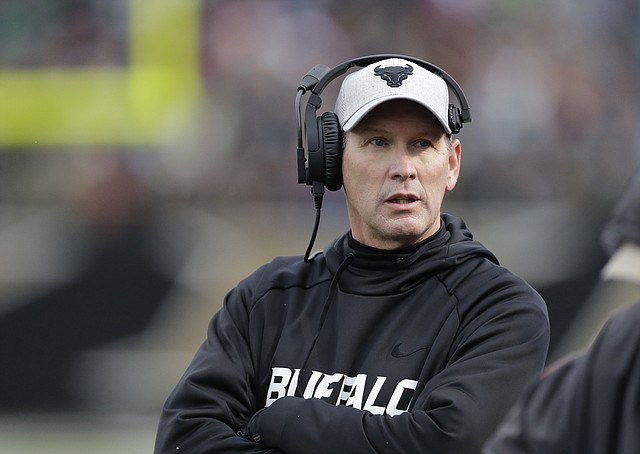 Newly hired University of Kansas football coach Lance Leipold is shown in this Nov. 19, 2016, file photo, during a Buffalo game against Western Michigan, in Kalamazoo, Mich.

When Lance Leipold became the new head football coach at the University of Kansas, he signed a six-year contract that will pay him an average of $2.75 million per year.

Lance Leipold meets with Jayhawks shortly after arriving in Lawrence

After arriving in Lawrence on Friday, one of new Kansas football coach Lance Leipold’s first stops was at David Booth Kansas Memorial Stadium, where he addressed the Jayhawks following their 14th spring practice.