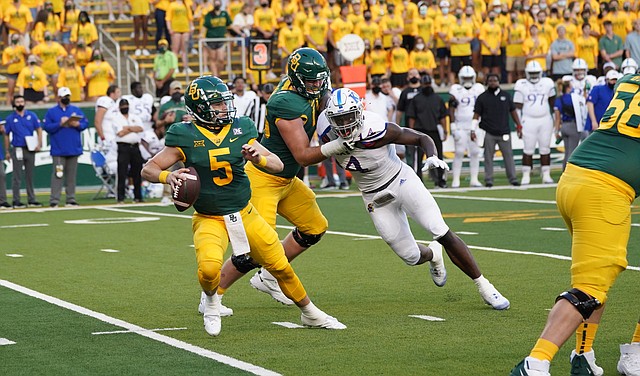 The top-rated signee in the Kansas football program’s 2019 recruiting class, defensive end Steven Parker is entering the transfer portal after three seasons at KU, according to Monday reports from Rivals and 247 Sports.

The top prospect in the Kansas football program’s 2019 signing class, redshirt sophomore defensive end Steven Parker hasn’t yet made an impact for the Jayhawks this fall. But KU defensive coordinator Brian Borland said he wants to get the athletic edge rusher more involved.

A few details for the first three games on the Kansas football schedule are now in place, as the Big 12 announced Thursday kickoff times and television plans for the early season slate.

The top-rated prospect in Les Miles’ first Kansas football recruiting class, Steven Parker is beginning to exhibit at the college level the type of defensive disruption that made him a four-star prospect.