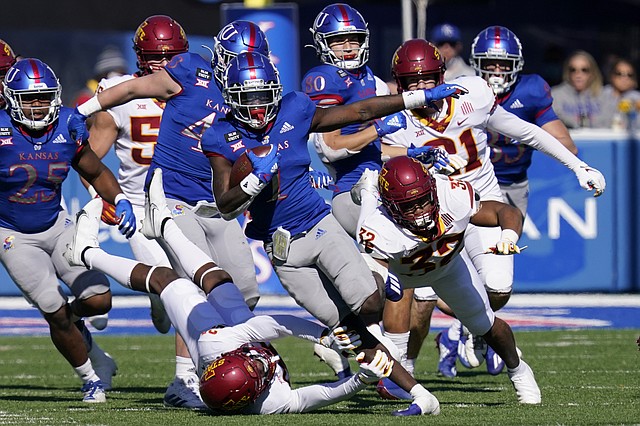 DB Kenny Logan Jr. wouldn't mind lining up on offense for KU, too

Though he leads the Kansas football defense with 50 total tackles and two interceptions, there are times sophomore Kenny Logan Jr. admits, when he gets an itch to play some offense.