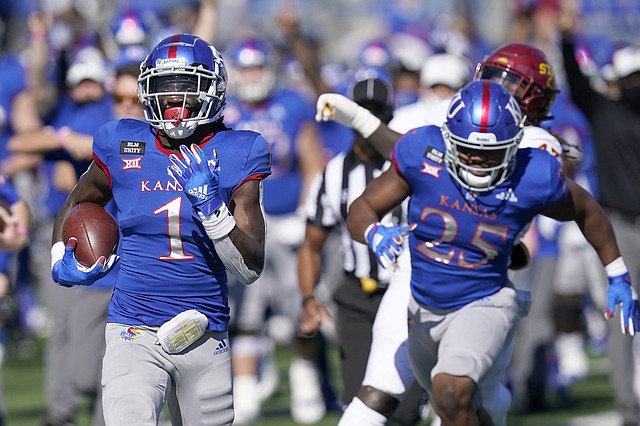 Though Kenny Logan Jr., who on Saturday against Iowa State became the first FBS player in a little more than two years to intercept a pass and return a kickoff for a touchdown in the same game, couldn’t swing the outcome in KU’s favor with a pair of standout individual efforts in the second half, those plays were exactly what Les Miles expected out of the sophomore safety.