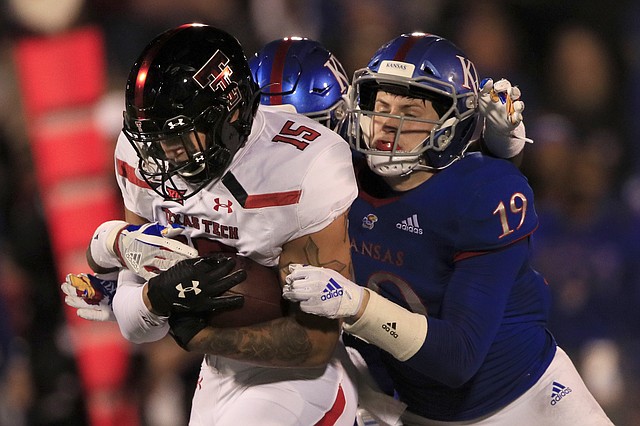 Now a junior and one of the more experienced players for the Kansas football defense, linebacker Gavin Potter started 10 games in a row before coming off the bench this past week against Texas Tech. A 6-foot-2, 222-pound veteran from Broken Arrow, Okla., Potter responded with what head coach Lance Leipold said was one of his better games of the season.

In a group of Kansas football linebackers that doesn’t yet have a wealth of starting experience, their position coach, Chris Simpson, has been on the lookout during the preseason for players he can trust.

Jayhawks to kick off season late on Sept. 12 vs. Coastal Carolina

Gone are the days of 11 a.m. college football kickoffs in Lawrence — at least for this year’s season opener.

Gavin Potter entered the 2019 season as a backup inside linebacker. In KU’s first couple of games, he barely played. However, what proved to be a season-ending injury to Dru Prox during the Jayhawks’ Big 12 opener against West Virginia thrust Potter into the spotlight ahead of schedule. By Benton Smith