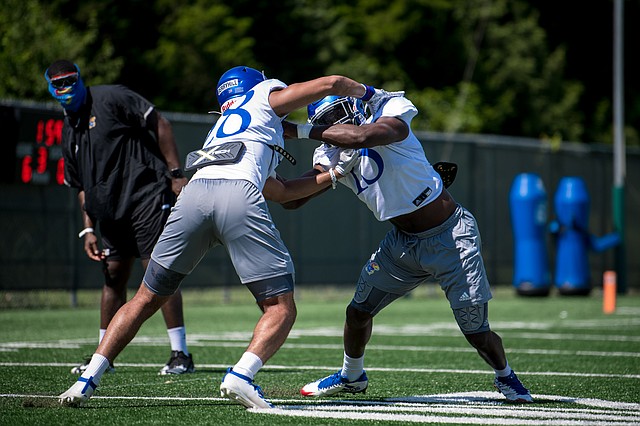 Kansas linebackers Taiwan Berryhill and Kyron Johnson square off during a preseason practice drill in August of 2020.

KU defense doing some 'catch up' in preseason

Though much of the conversation revolved around the Kansas football offense when head coach Les Miles and a handful of players had their first media session of the preseason earlier this week, some defensive assistants provided a slight peek at the progress on that side of the ball Friday.