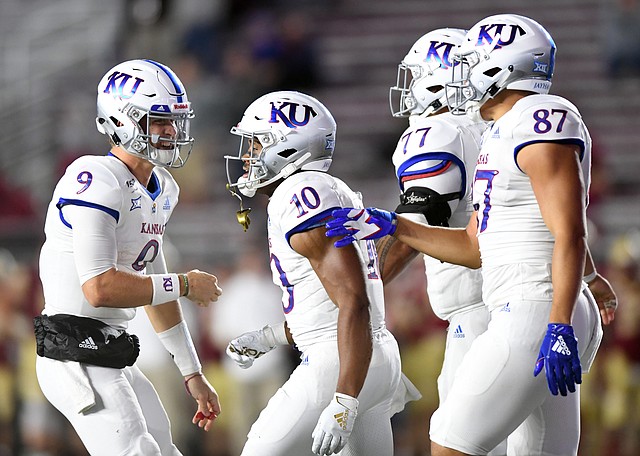 Notebook: KU victory at BC uniquely satisfying for Jayhawks

True, the scarcity of Kansas football victories during the previous three years reduces the number of viable candidates, but a couple of key veterans didn’t mind identifying the Jayhawks’ win at Boston College as the most significant they’ve experienced. By Benton Smith