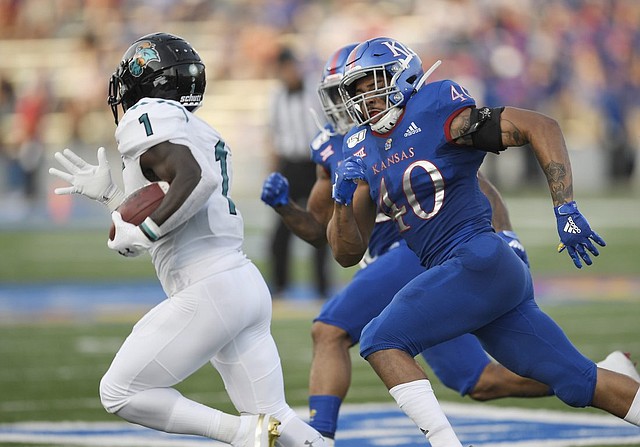 One of the Kansas football team’s top defensive players early in the 2020 season, linebacker Dru Prox is looking to continue his career elsewhere.

One of the most important defensive players on the Kansas football roster is missing camp reps right now, but the Jayhawks shouldn’t be without Dru Prox for long.

Jayhawks get nonconference rematch in Lawrence

The Kansas football team didn’t have to deviate drastically from its original schedule to complete its revised 10-game calendar.

Following the lead of college football’s other Power Five conferences, the Big 12 will implement a trimmed down schedule for the upcoming season.

Kansas football coach Les Miles said Friday that linebacker Dru Prox “should play” for the Jayhawks during the 2020 season, whenever it may happen. By Matt Tait