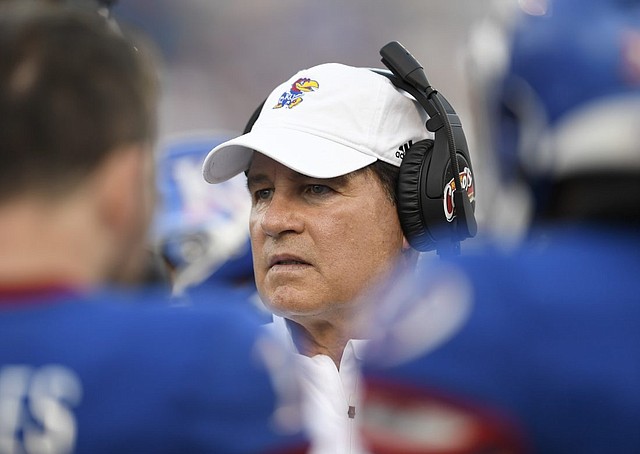 In a $50 million federal racketeering lawsuit, an associate athletic director at Louisiana State University accuses university officials of retaliating against her for reporting racist remarks and inappropriate sexual behavior by Les Miles, the former head coach at LSU and the University of Kansas.

To fully understand what plagued Kansas during its 12-7 loss to Coastal Carolina, look no further than one single play early in the fourth quarter.