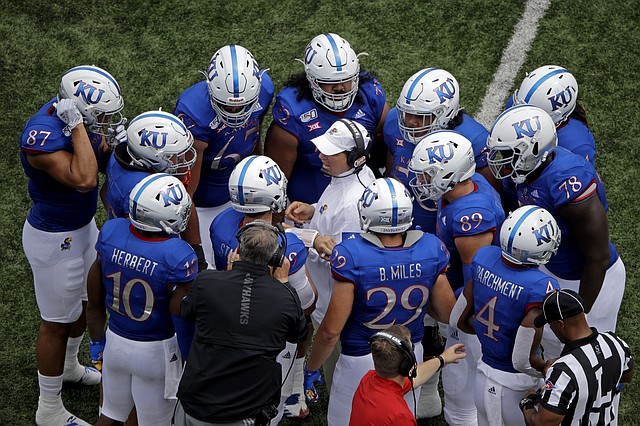 The Kansas football program found itself in the familiar position of last place when the 2020 preseason Big 12 Conference media poll was released Friday afternoon. By Matt Tait

Even before he became a high school football player, Ben Miles had a sneaking suspicion that he probably wasn’t going to have the height or frame to play a glamorous position. Always an offensive linemen on his little league teams in Baton Rouge, La., Miles thought he possessed enough athleticism to at least play in the backfield, though. So Miles leaned into a future as a fullback. By Benton Smith