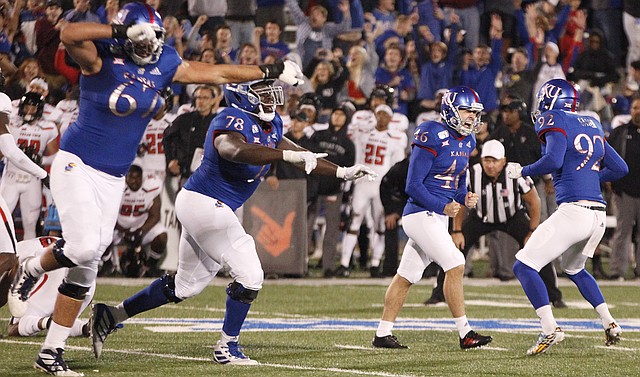 Incognito no longer, a couple of Kansas football specialists found themselves directly in the middle of the limelight as the Jayhawks and their fans alike rollicked Saturday night on the field at David Booth Kansas Memorial Stadium. There would have been no party at all at the fourth quarter’s conclusion without long snapper Logan Klusman and kicker Liam Jones. By Benton Smith