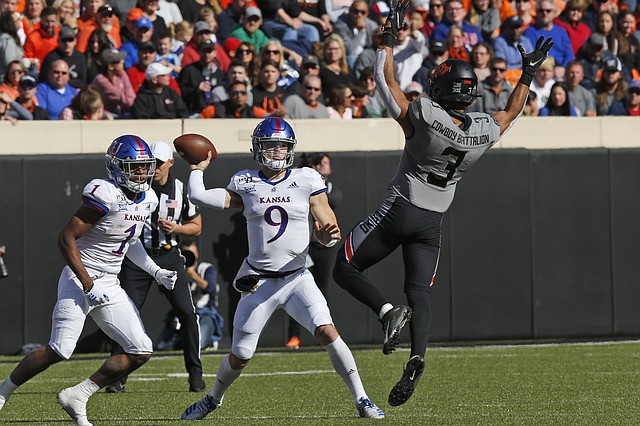 The 10th consecutive start of Carter Stanley’s final season with the Kansas football program might go down as the most frustrating one for the senior quarterback. After so often this year expressing how much he appreciated Les Miles and the coaching staff sticking with him through his least productive moments, it was in Stillwater, Okla., on Saturday that Stanley got benched. By Benton Smith