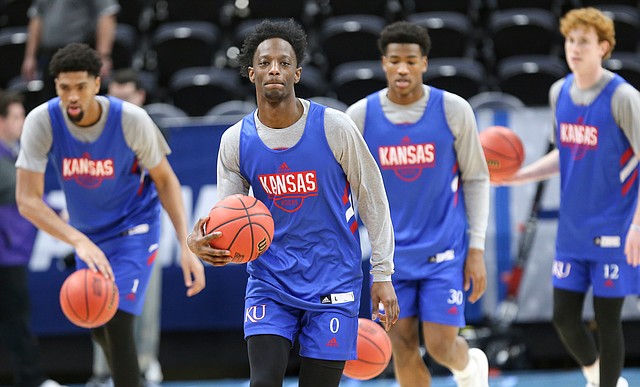 Still on the mend from the high ankle sprain he suffered during a KU practice on February 1, Kansas junior Marcus Garrett said Thursday that he can see the finish line to the land of full recovery. By Matt Tait

Kansas coach Bill Self hinted this week that he may be looking at tweaking his starting lineup ahead of Thursday’s 3 p.m. NCAA Tournament opener against No. 13 seed Northeastern at Vivint Smart Home Arena. But whether he switches things up or starts the same five he has for the past 11 games, Self can rest easy knowing he has a player on his roster named Marcus Garrett, who gives him maximum lineup flexibility, from the bench to pregame introductions and the backcourt to the paint. By Matt Tait