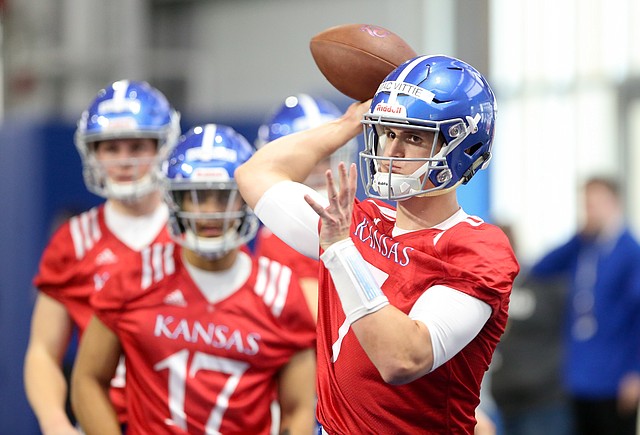 When Les Miles heads into his first preseason camp as the head football coach at the University of Kansas in a couple of weeks, he will do so with a quarterback competition to resolve. By Benton Smith

As the QB competition inspires him, so too does the basic act of being on the football field. Thomas MacVittie, whose complicated career arc led him to Kansas, said sometimes he just takes a deep breath and thinks about what’s in front of him. By Benton Smith