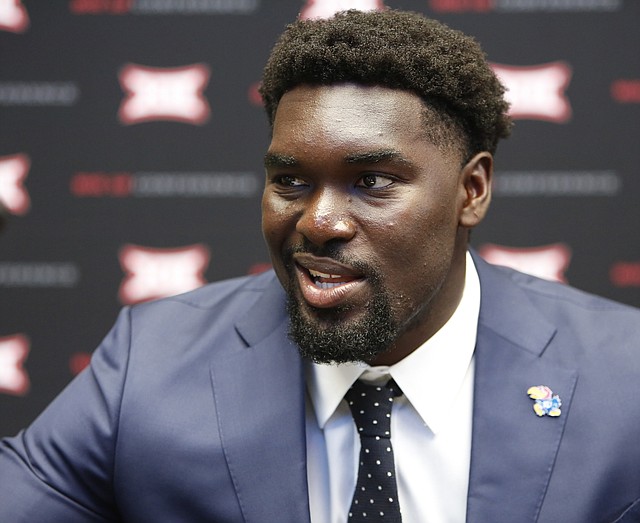 The bye week came with some good news for Kansas football offensive lineman Hakeem Adeniji, who discovered Thursday he will have a chance to showcase his skills to NFL draft coaches and evaluators in January. His head coach, Les Miles, had a little fun, too, in delivering the word to Adeniji. By Benton Smith

While spending the past several weeks counting down the days to their first preseason practice, Kansas football players have done all they can to head into August in prime shape. Just as importantly, the Jayhawks spent June and will continue spending July going through player-driven football specific workouts. By Benton Smith