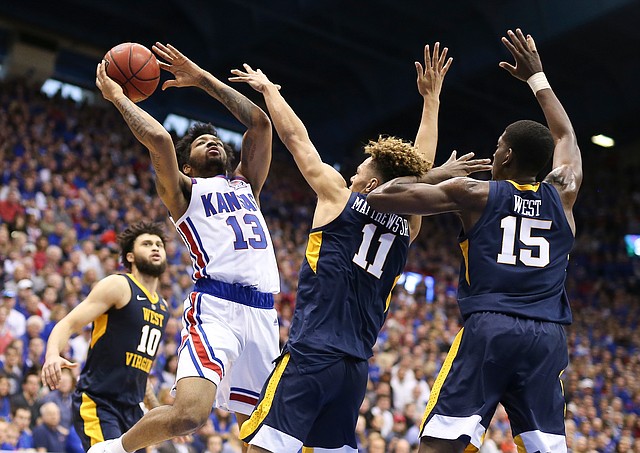 After a little more than a month of searching, former Kansas basketball guard K.J. Lawson has found his next college basketball home. By Benton Smith

Kansas sophomore K.J. Lawson entered Saturday’s 78-53 victory by No. 14 Kansas over last-place West Virginia at Allen Fieldhouse averaging just 9 minutes per game and fighting to find opportunities to show what he could do. The Memphis transfer and older brother of KU’s leading scorer, Dedric Lawson, got 24 of them during Saturday’s victory and finished in a tie for the team lead with 15 points on 5-of-7 shooting in a game where every Jayhawk who played contributed something positive to the cause. By Matt Tait